in 1959, at the time of the first Sputniks, René Char wrote

Which renders, roughly, as

The spaceman born today will be a billion times fainter and will reveal a billion times less things than Lascaux’s stone-age Neanderthal recluse, whose strength was dredged from death.

Out of curiousity, I dropped  the soliloquy in William Shakespeare‘s play Hamlet into Google translate.

The results are surprisingly accurate; given that it’s in 1623 English, I’m not sure that I’d do much better myself: 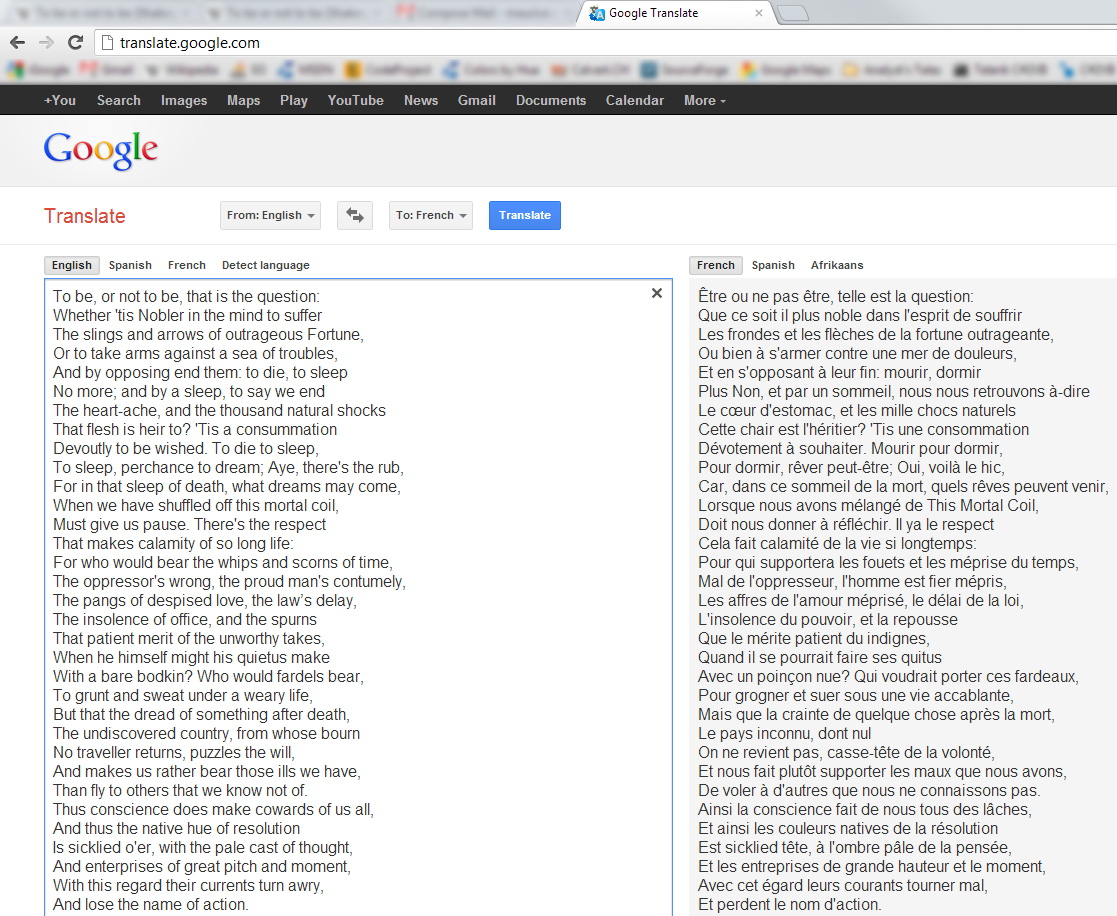 Taking the ‘modern’ version from nosweatshakespeare.com, the result is frankly convincing:

Debate about figures of speech in the family at dinner this evening, with the customary arguments about the differences between English and French varieties.

As usual (universally?) Wikipedia is a treasure trove, and I loved this example of paronomasia:

Atheism is a non-prophet institution

it quite made my evening.

An aspect of J. K. Rowling‘s genius which many seem to have passed by is the number of children who have (re)started reading.

My two sons read on and off during their early years but never so avidly as the Harry Potter series. As of the second volume (the Chamber of Secrets), they squabbled so much that we instated a rule that each child could read only one chapter at a time and then pass the book to his brother.

Getting them reading again was great, but perhaps just as importantly their English vocabulary improved immensely (their mother tongue is French), and for this Rowling gets my most sincere admiration.

Out of curiosity, we all read some of the books in French; the translation is exquisite, Jean-François Ménard‘s turns of phrase are a joy. Our favourite was “Sorting Hat” rendered as “Choipeau”.

Parents and teachers of the world owe a great debt to Rowling.