Some years ago I was working for a large multi-national corporation. One morning I received an email from the CIO, addressed to the entire company, explaining a botched SAP rollout. The corporate-speak was some of the best that I have ever read; I reproduce it here, unaltered save for anonymisation, with my translation into layman’s English.

On June 1, we reached go-live with Dressing, Sauces and Oils North America (DS&O) on the TC3 instance of our SAP solution.

On June 1st we forced go-live of our half-baked SAP solution on DS&O, simply because we were so over-budget that the only other option would have been to scrap the project.

Since go-live, DS&O has experienced significant issues with the solution that are impacting the business’ operations and financial reporting.

Since go-live, the business has been losing money like a leaking sieve, because our ‘solution’ was a complete and utter disaster.

This is unacceptable for DS&O and for us.

DS&O have said clearly: “Make it work or die”. For us, ill-engineered solutions are the norm.

To be trusted partners, Global IT commits to fully supporting our businesses … so, we will do what’s needed to stabilize performance for DS&O.

SAP consultants will be brought in, at 3’000$ a day, to criticise the implementation and spend a king’s ransom on new servers that will make the problem worse.

To that end, Andrew Brown, our SAP lead and a member of the CIO leadership team (LT), will personally spearhead the effort to review all factors that could be contributing to the instability.

Andrew’s balls are, in theory, on the table to get this working. In reality, at 3’000$ a day, he doesn’t give a flying fuck, and anyway he has a new client ready to shaft just down the road.

This includes looking at business processes, operations, data as well as assessing the actual solution itself.

We will re-hash the miserable initial requirements analysis and lay the blame squarely with the consultants that are no longer with us.

We want to fully understand the root cause to thoroughly address the issue for DS&O and add to important learnings.

I heard ‘root cause’ in a management course and it sounds good here.  ‘important learnings’ is cute too; I’ve been managing IT for 30 years and I still have yet to learn one single lesson from my impressive catalogue of mistakes.

Andrew will be 100% focused on this effort, with members of the CIO LT stepping in to support other areas for which Andrew is responsible.

Andrew will try to attribute blame on his colleagues. If he is successful, I shall fire them, if not I’ll fire him. With a glowing recommendation.

We undertake this initiative with confidence we can stabilize DS&O and make any warranted enhancements to our approach or technology.

‘warranted’ means that we never made any bad choices initially. ‘enhancements to our approach or technology’ means that we might well need to choose a completely new technology, that will triple the budget and push the project back by three years. Until the next fuck-up.

We will work to ensure that the difficulties experienced here are not repeated.

Those of you who have already been through an SAP implementation will see the humour in this statement.

We will share these learnings with our businesses currently preparing for (or in) deployment.

Our bookmaker is currently taking bets on SAP projects at 15 to 1 of failure.

We also will continue to stress the importance of readiness … businesses and functions must undertake needed changes to prepare for the adoption of new processes, a new organizational structure, and more – all of which are required to execute enterprise process strategies.

Given the magnitude and cost of this unholy blunder, it would seem only fair that you accept some of the responsibility. After all, we did talk to you a couple of times before implementation.

What’s critical to understand is the  Leadership Team (CLT) remains as committed as ever to our ERP modernization journey and SAP as our solution.

We take the meaning of ‘dogmatic’ to levels that even a religious zealot couldn’t imagine. Every morning, we recite ‘Our SAP which art in heaven, hallowed be thy name”.

We are not stopping, we are not slowing down … we are moving ahead with our roadmap and the commitments we’ve made.

Yes, we are going to continue, hell-bent, on forcing SAP down your throats, no matter at what cost or damage to the business, because they had the sexiest PowerPoint presentation.

Leaders have confidence in our function and demonstrating our commitment to their businesses (as we are with DS&O) means we will continue to deserve that confidence.

Truth be told, the business is sick and tired of IT delivering shitty service by some ignoramus in Bangalore.

Should you have questions about our work on DS&O, please reach out to your manager, SAP leadership or your CIO LT member.

For the British, ‘reach out’ has a distasteful innuendo, possibly acceptable in such a gush of platitudes. Notwithstanding, if you have any self-respect, find a job elsewhere.

If I was honest, I’d say I’m sorry, but I’m above that

The ultimate DrivelWare©™ is Twitter. As it’s name and logo clearly indicate, it allows hundreds of millions to parrot sparrows by creating digital noise. It is a fact that sparrows’ tweets have important Darwinian functions: to congregate, warn of danger and attract mates for reproduction. In contrast, human tweets fulfill none of these functions; there is no congregation or dangers in cyberspace and reproduction requires a physical encounter. Twitter has become the de facto leader in DrivelWare©™ due to its limit to 140 characters, which curtails – wisely – the amount of information that can be transmitted. In practice this limit is not problematic as the average tweet length is 28 symbols, a good proxy for the authors’ IQ.

The most pervasive DrivelWare©™ is Facebook, where the gerbil-like publish self-important, whimsical information created by random synapse firings: location, bowel movements, olfactory sensations and so forth. The behaviour is rewarded with ‘likes’ from correspondents, sustaining a Pavlovian feedback mechanism that encourages cyclic eructations.

Finally, the epitomy of DrivelWare©™ is SnapChat, where the mindless content is automatically deleted a few seconds after it is created, thus reinforcing the correlation between the quality and the lifetime of the message.

Occasionally, Slashdot commenters are excruciatingly funny, this post had me crying with laughter:

Whilst making fun of religions is commonplace, it’s extremely rare for religions to use humour themselves.

The United Methodist Church in Salem, Massachusetts certainly is an exception, which had me in stitches: 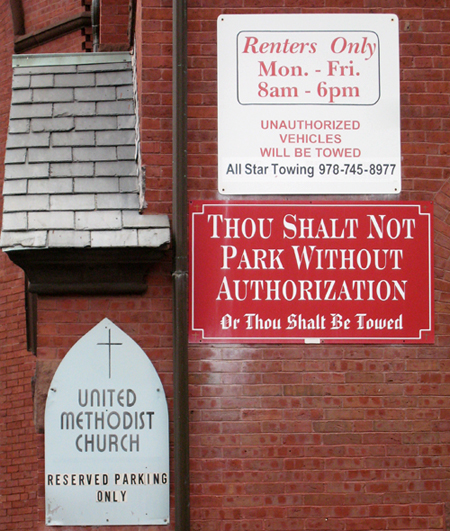 A late evening in a plush boardroom on the 54th floor in Lower Manhattan. A dozen portly businessmen are seated around the huge table, where the remains of a large dinner have been replaced by a collection of rare whiskies. At the head of the table, a balding, corpulent man interrupts the others:

— Now then Gentlemen, enough banter, we have a problem. Anyone want a splash of this 50 year-old Midleton? I had a case flown in from Dublin last week, it’s awfully rare.

Who’s got the cigars? Richard, we all know what a kike you are, but pass the box along, there’s a good chap.

So, if you’re all comfortably pickled, let’s get down to business. Where’s Peter?

— In the john, I think the oysters disagreed with him.

— I see. Why is that Finance Directors are always absent when you need them?

[he pauses to finish lighting his cigar]

As I was saying, we have a problem, and a serious one: the SEC is on our ass, with a vengeance.

These chocolates really are sublime, are they not?

My assistant has calculated that we’ve ripped off about 50 million investors with these… what are they called? Structured derivations?

— Yes, derivatives, whatever, for billions of dollars, that John-Alfred has siphoned off to Switzerland.

— Fucking Swiss, it’s always their fault, with their banking secrecy.

— Stop kvetching Charles, you bloody hypocrite, we all know where you’ve stashed your booty. I won’t remind you of those stock options that materialized on your Zurich account last year now, shall I?

No, we have to choose somebody who’s going to carry the can.

— Don’t be silly now, I wasn’t suggesting anybody in the top management, we’ll trim back the bonuses in the lower echelons, not here.

No, we need some miserable klutz, preferably someone that nobody here knows, so that we can plead ignorance, and throw the creep out on the street for a public sacrifice.

Richard, you’re good in the sniveling role, you can go on CNN and cry how ashamed we all are, when the word gets out.

— How should I know? Surely one of you must have an insubordinate little rat that you’re dying to get rid of? You know, the nerdy type, with big glasses, who can’t lace his own shoes, disconnected from reality. Ideal for a little crying with Richard. C’mon, give me a name.

— But Lloyd, we don’t know the employees, we barely speak to them, everything’s done by email. Most of mine, I don’t even know where their offices are.

God, where do you hire these people? They all look like retards. Hasn’t somebody given H.R. instructions not to hire hicks? OK, I’ll click randomly. Here we are, Jay Ratlivich, a nasty-sounding name and he looks the part. What do you think?

— He’s in facilities management Lloyd. Difficult to pin something on him.

— Which hardly facilitates my task. Alright, how about this one, Mustafa Albariz, terrorist overtones, he’ll do.

— Pass back the whiskey would you Richard? Alright, my final offer, this one looks ideal, Fabrice Tourre. Ah, a trader, they’re like arrogant hamsters on methedrine that lot. And he’s French to boot, perfect, the frogs are always fucking things up.

— But Lloyd, he’s only 28, they’ll never believe we let someone so young play with billions.

Porter, this is right up your street. Get your I.T. guys to siphon off all his emails and dress them up to incriminate the little bastard completely. Then leak the whole lot to press, you know the ropes. Whilst you’re at it, credit a couple of million to his account, back-dated to last June; we’ll leak his bank statement when the shit hits the fan.

That’s settled then. Fiddle the I.T. records, prepare a press statement, media plan, the usual stuff. Oh, and we’d better announce some layoffs. Charles, make sure the severance payments and restructuring charges are completely tax-deductible. Whilst you’re at it, announce that we won’t be paying a dividend this year, teach those shareholder assholes a lesson. I want all that on my desk first thing in the morning.

Anyone for a drop of this 1984 Dom Perignon to celebrate? It really is the best year in the cellar.

(Adapted from the original French article on www.boursorama.com)

Very occasionally, one reads something on a forum that is truly excruciatingly funny.

I found this on