According to Wikipedia, as of 2010, some 1’200’000 people died in traffic-related accidents. Here’s how that looks geographically: 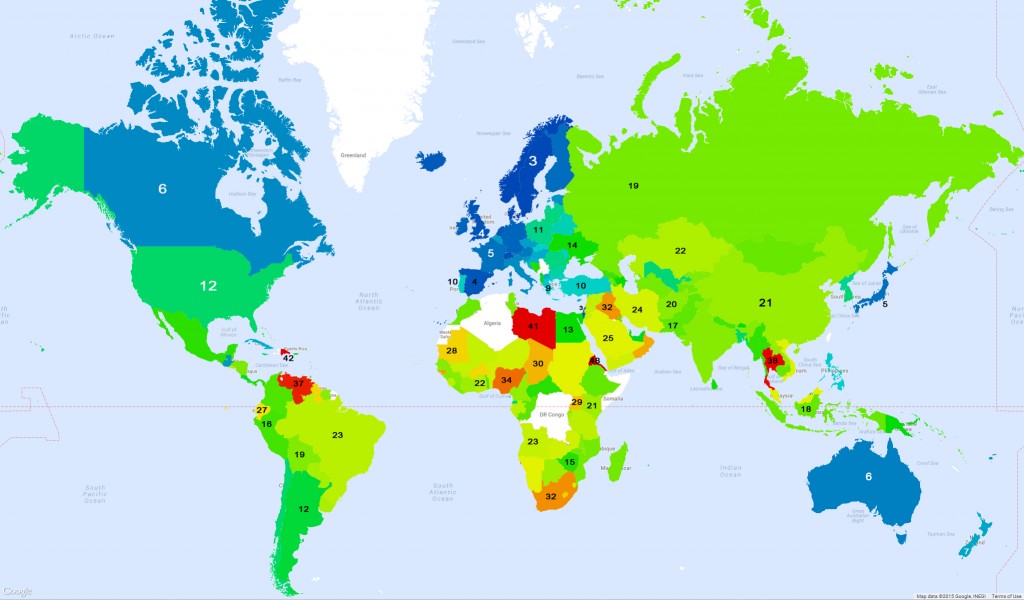 The take-away is fairly simple: you’re better-off driving in (interesting how these same countries come back every time): Norway, Sweden, Denmark, Switzerland and, unexpectedly, Israel. The rest of Europe, if you don’t stray too far east, is relatively harmless, along with Canada and Australia, which are only twice as dangerous as the ‘model’ countries. In the USA, your chances of dying are quadrupled. From there, the multiplier is on a bender: Mexico 5, Bolivia 6, Kenya 7, Iran 8, Ecuador 9, Oman 10, Nigeria 11, Thailand 12 and the winner if Erithrea, where you are 16 times more likely to die on the road.

Why did I go to all this trouble for victims of car accidents, you may well ask? Because it represents about 1’200’000 who die every year for no good reason, yet we find it perfectly acceptable. In contrast we wallow in grief for one death:

A while back, Pakistan hung Shafqat Hussain, found guilty of having killed a 7-year-old child, and the whole twitosphere is in uproar because he was too young to be executed. This suits journalists, who can use said tweets to justify their perception of ‘public opinion’. A false premise that even a tapeworm could understand, because tweets are not votes, carefully counted in a ballot-box; they are tweets, and as their name implies, they are mindless drivel, most likely generated by a computer.

What’s interesting is that nobody questions that Shafqat did actually kill a 7-year-old, but nobody, especially journalists, gives a shit because the life of an innocent young boy is much less news-grabbing than the sob-story of a supposedly-persecuted adolescent. I’m not sure whose testicles I’d prefer to crush in a vice, Shafqat’s or the journalists. From a Darwinian perspective, all those testicles seems the most sensible approach.

You’re not reading/listening anymore because I questioned the reality of the twittosphere? Your single-digit IQ brings forth my greatest compassion.