Putting together an RTD server is not particularly difficult… once you know how to do it. Hopefully this guide will shorten your learning experience
In How RTD servers work we saw what happens when a user types and RTD formula in a cell. Here I shall try and map that to the dataflow it generates amongst the class instances in GeodesiX.
The blue items are instances of an object, the black labels are method calls. If this is your first reading, print the digram, it’ll be easier to follow: 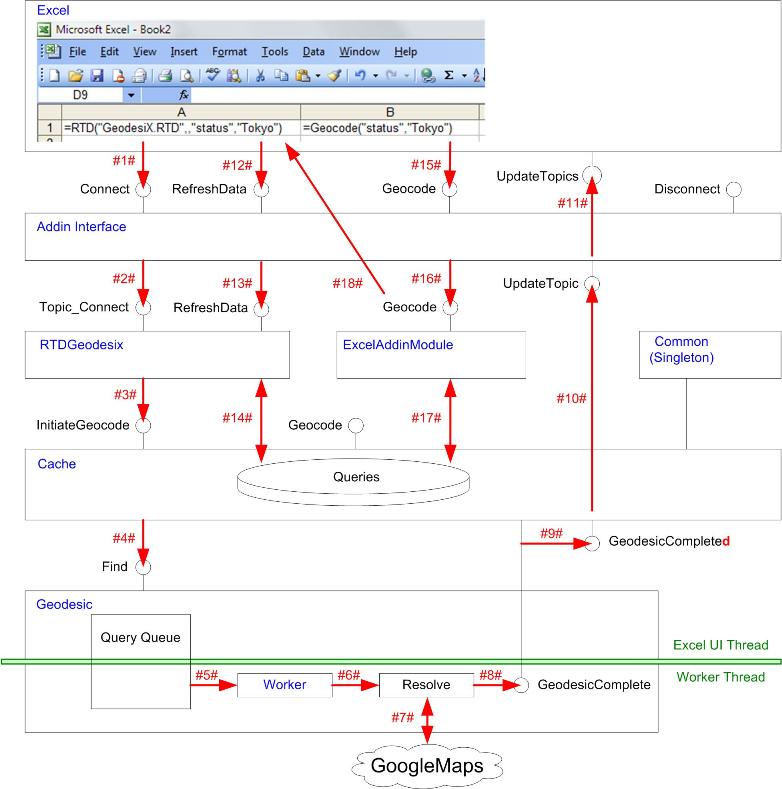 From now on, when I refer to a tuple “A.B.C”, I am directing you to project/namespace A, class(module) B, Method C.
The bullet numbers correspond to the 18 #N# codes in the source code.

The moral of the story is that in the end, =Geocode() formulas will eventually return the relevant value #17# (once the RTD has got it) and there will be no more RTD updates on the spreadsheet.
This is not how a typical RTD server works; the UDF wrapper would normally always return the =RTD() #18# function so that updates are continuously received.
Note: Because of this, the Disconnect interface is never used.

Sorry if that was a bit windy, the rest is relatively plain sailing.